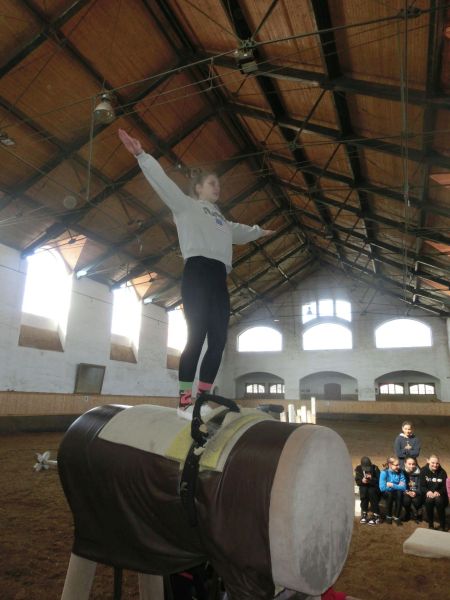 On March 25-27, 2022, the JK vaulting department at the Topoľčianky National Stud under the leadership of Boris Kodak organized a vaulting training session for the clubs of the West Slovak region of SJF. The event was attended by almost 20 trainees from three clubs - JK Slávia SOUP Šaľa led by assistant head coach Beata Tóthová, JK Farao led by Vladimíra Lenčéšová and domestic trainees led by Boris Kodak.

The training was focused on physical training and technical refinement, primarily of the compulsory, but also of the free of individuals. The event had several parts, each of which was led by an expert lecturer. Fitness trainer Juraj Pacalaj was in charge of improving the condition. Iveta Moravská and the participants improved their artistic expression in the dance part. The technical demonstration of individual exercises was led by gymnastics coach Elena Cingelová. Boris Kodak took the vaulting part under his thumb.